The latest news: this year’s Drum Dance has been postponed to 27th – 29th August. This is because of the impact of an unexpected guest called Covid 19.  While in the thick of it I didn’t feel energy for gathering all that’s needed for the dance, but at least had the clarity that it would be best to postpone. The last weekend in August is a new moon and feels an auspicious time.

The aim of the Drum dance is to push the edge of our collective consciousness and to call in supernatural help in this time of planetary crisis. It brings many blessings to the dancers and to the Earth.

We’ll start the ceremony with a sweat lodge on the Saturday afternoon and then start dancing in the evening. There’ll be rounds of dancing and resting through Sunday and some more on Monday morning. We’ll complete with a drum blessing, glass of water and a feast.

Sounds easy? Dancers are invited to go without food and water through the dance. No talking either. But lots of inspiration from Spirit, lots of re-sourcing from Source, lots of connection between you, the personal self, and You, the Infinite Self. The aim is to enter a deeply visionary state through this giveaway dance. This is empowering and deeply transformative for individual and collective consciousness.

The dance will be held at the Bison Farm in West Knoyle, Wiltshire 30th April – 2nd May. 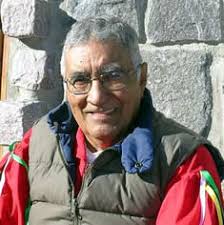 This amazing ceremony was brought to Britain by Beautiful Painted Arrow in 1992, and has been held annually at some place in the British Isles every year since, apart from the pandemic year of 2020.
Beautiful Painted Arrow, also known as Joseph Rael, is a visionary of the Ute and Pueblo people. He grew up in Picuris Pueblo in New Mexico and had visions from an early age. One of them was about creating sound peace chambers, and there is now a network of such kiva-like structures across the planet. The other involved sharing long-distance dances such as the Drum Dance with anyone interested, and people of many nations have taken part over the years.
He said, “To give is to receive…When you give, you open yourself to a primal landscape of the psyche – a primal area that’s fully evolved with the high density of resonances that are just pulsating with high levels of energy….“Supernatural powers occur when we give what we have kept over the years. Now it is time; this esoteric teaching is ready to be given out. What we need most in the world today is a great deal of supernatural support. I don’t think we have it now in the way we used to have it because we’ve become too crystallized. We’ve become stuck in form.”

Dancers move back and forth from a line of feathers. This represents moving between the polarities of life until we transcend and experience resolution. It takes us into a visionary state of transcendent love. The dance usually starts in the late afternoon after a sweat lodge and continues with rounds of dancing and resting until the second morning afterwards. Drum Dancers receive the blessing of the drum, which represents the heart-beat of the Mother Earth. Then they break their fast in celebration.

In addition to sweat, toil and tears, dancers give away £200 to the dance. This means a shift in our relationship with money that also means a shift to a larger sense of identity and an expansion to vast realms of consciousness. This payment is a tradition of the dance and part of Joseph’s vision. The money goes to the land, the holding of the dance and the drummers and a portion of it will be given to support indigenous people.

The Drum Chief will be coming from Scotland and bringing the Mother Drum. On the drum are inscribed Joseph’s words, “The War Gods have gone Home,” which means we are dancing awake a world free of war and ecocide.

Richard Good, Dancer:  The Drum Dance is one of the most beautiful and powerful experiences of my life. The visionary and mystic BeautifulPaintedArrow gifted us with this extraordinary opportunity to open to the vast mystery of life and dissolve any limits we may harbour. Its form is simple yet profound and is held impeccably by Dance Chief, Carlos Glover.

A short story about my experience of the ceremony (by Carlos)

“You must be mad”. I didn’t just think this: I heard it in the reactions of friends and parents when I told them I was going to dance for three days without food and water.

But I found myself in a car bound for the north of Scotland for the first Drum Dance in 1992. I noticed my hand trembling on the car door when we arrived in the pine wood where we were to dance, but Beautiful Painted Arrow’s warm greeting, love and humour soon reassured me.

Also known as Joseph Rael, he is a visionary from the Ute and Pueblo people. One of his inspirations has been to share dance ceremonies like the Drum Dance with anyone interested. The aim is to push the edge of consciousness for the whole of humanity and enable dancers to go beyond limits and connect with the Infinite Self. The vehicle for this expansion of consciousness is the intentional suffering of long-distance dancing without food and water.

Could it be done? I’d been told you couldn’t go for long without water before Death got you. And here I was helping start a huge fire while others prepared the sweatlodge and dance site. I was used to ceremonies so ornate I’d call them Baroque. Beautiful Painted Arrow’s were zen-like in simplicity, but powerfully effective. We were out of the sweatlodge in about five minutes, steaming, pink and already half way out of our ordinary ways of thinking.

Looking back I can say that what seemed crazy to my ego was sanity for my soul. Having been steamed in the sweat we were now slow-cooked through rounds of dancing and resting. It was only afterwards I realised how thoroughly we’d been basted in spirit. We danced to a line of feathers on a ridge. It felt like it could be anywhere, at any time. It felt ancient, timeless: we danced ourselves beyond time and into vast awareness.

We danced ourselves beyond exhaustion and into deep zones of consciousness. These ancient levels of mind aren’t easy to describe in words, because it’s here that the dreaming self becomes active. It’s here that deep transformation takes place, not only for yourself or even for the collective consciousness but probably for all life on Earth. At times I wasn’t sure if I was still dancing, or lying in my tent dreaming I was dancing. It was tough: my body ached, my taste-buds craved food and my tongue longed for liquid. But I dreamed of things from beyond this world, I felt the Heart of Mystery and glimpsed energies that love us beyond all understanding. It was this that made me come back the following year.

Now, many years and many dances later, I’m ready to own my madness. But in a world that’s gone mad, a homeopathic dose of madness can go a long way to bringing sanity.